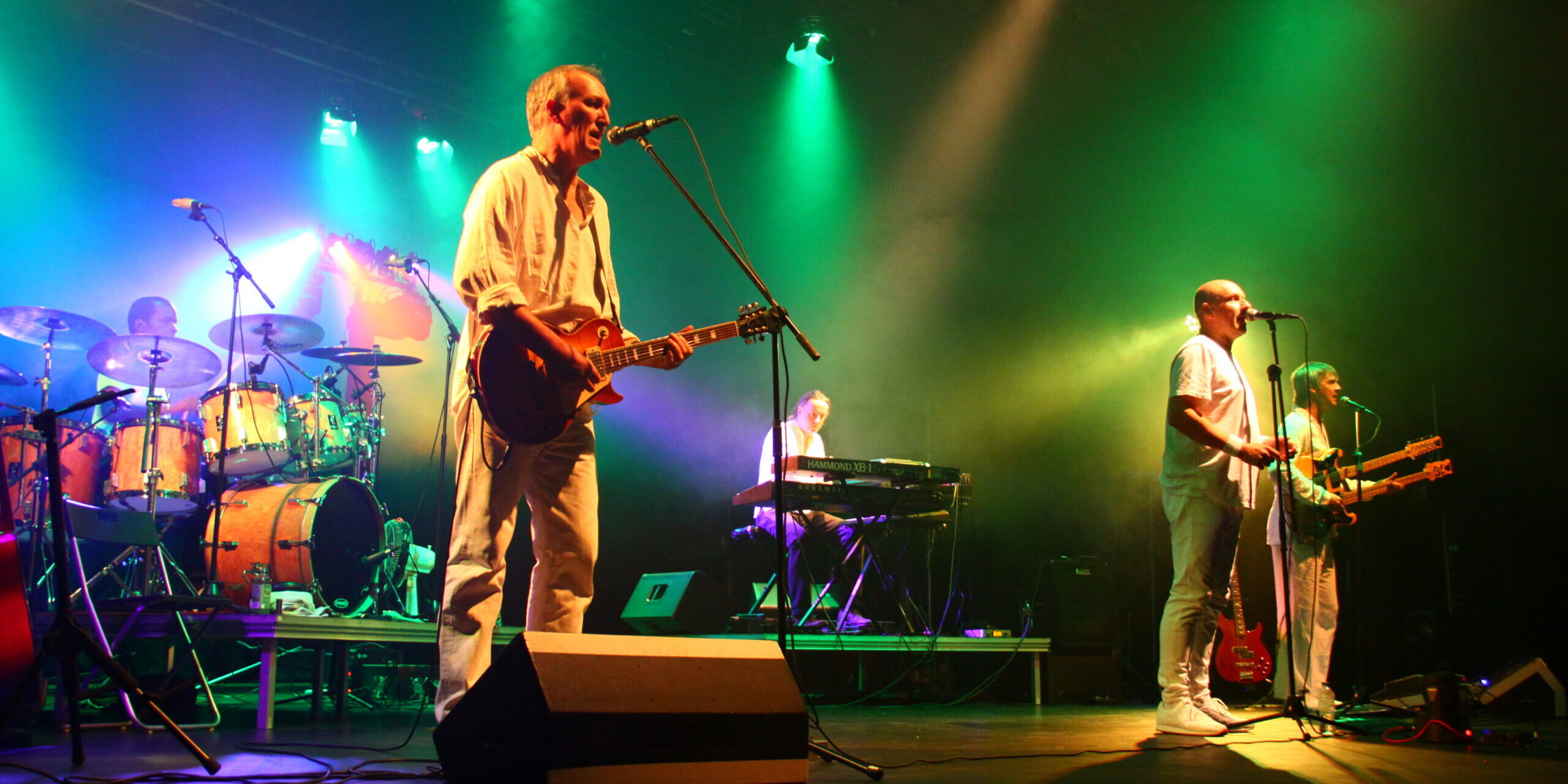 In their 21st anniversary year, G2 Definitive Genesis are delighted to be returning to the Harlequin! G2 pay tribute to Genesis’ long and colourful history with a repertoire extending from the 1970 Trespass album to the 1980 Duke album.

With songs from the Gabriel years and the four-man Seconds Out era, G2 faithfully recreate some of the finest progressive rock ever written. Featuring classics such as Dance On A Volcano, Ripples, Entangled, Los Endos, Blood On The Rooftops, One For The Vine and Afterglow, as well as Firth Of Fifth, Cinema Show, I Know What I Like and the infamous Supper’s Ready from the earlier years.

This is vintage Genesis, performed by G2 to a level Genesis themselves would be proud of! Well, Steve Hackett says he likes it… So take a little trip back in time and relive those wonderful moments of your Genesis musical history with G2.

“Thanks to all the guys from G2 who were out of this world, I really cannot describe how terrifyingly good you guys are.”