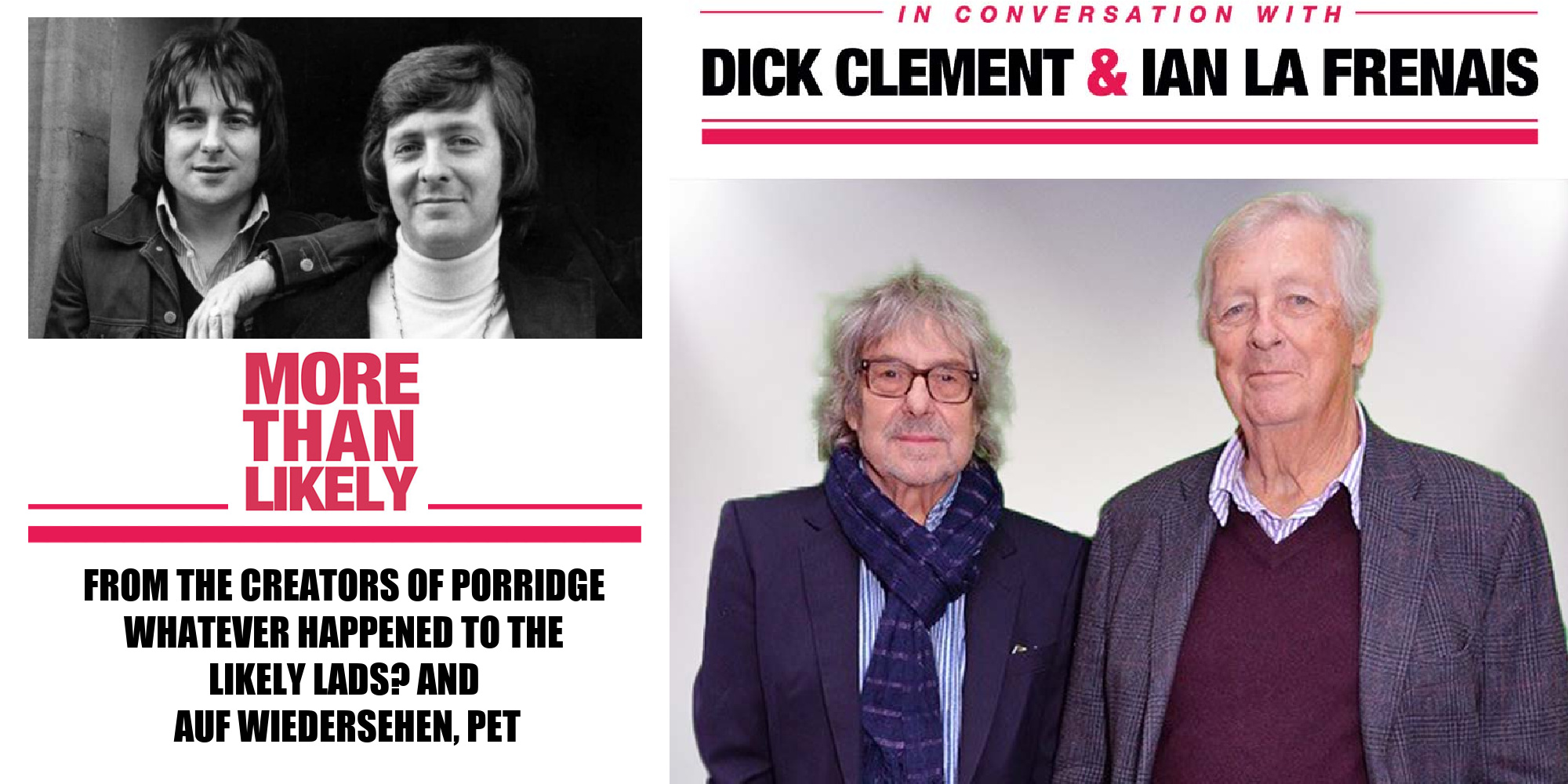 Ian La Frenais and Dick Clement will tell stories about the writing of some of the most popular British TV comedies of all time, including Porridge, Whatever Happened to the Likely Lads?, Auf Wiedersehen, Pet and Lovejoy.

Their feature films include The Commitments, for which they won the Peter Sellers Award for Comedy, Still Crazy, which won a Golden Globe nomination for Best Picture, Goal, the Dream Begins, The Bank Job, Flushed Away and Across the Universe.

They will illuminate their conversation with videos, music and perhaps the occasional guest.

They will answer questions submitted online by their fans and read extracts from their recent memoir, also titled ’More Than Likely’.  But above all, they will make you laugh.

Limited VIP tickets available! Ticket price includes pre show meet and greet with the duo and premium seats closest to the front of the auditorium.