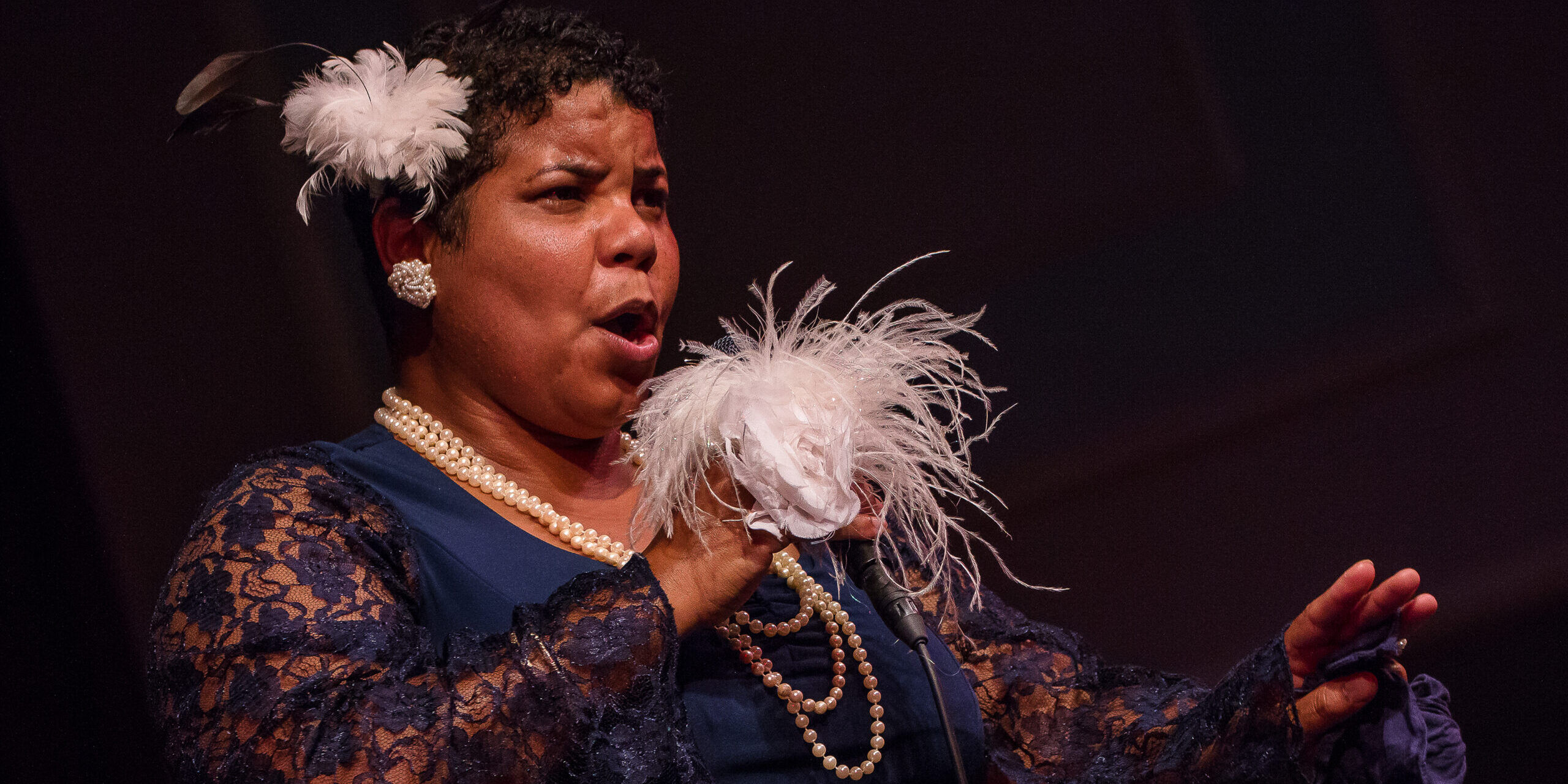 Ma Bessie and her Blues Troupe: The Life and Music of the Legendary Bessie Smith

Nicknamed the “Empress of the Blues”, Bessie Smith was the most popular female blues singer of the 1920s/1930s.  She is often regarded as one of the greatest performers of her era and was a major influence on other jazz singers.

Ma Bessie and Her Blues Troupe perform a narrated show, featuring tunes such as “Alexander’s Ragtime Band” and “Ain’t Nobody’s Business” as well as showcasing many of Bessie’s songs.

The show chronicles Bessie’s life from a one-room shack in Blue Goose Hollow, to becoming the highest-paid black entertainer of that time, to the tragic accident on Route 61 in September 1937 that ended her life aged 43 years.

“… there are not many singers around with Bessie’s style and certainly few in this country. An exception is the larger than life and hugely talented Julia Titus”   Michael Eagleton, Marlow Jazz Club